Growing up on a small winery near the city of Zepada, was the perfect childhood. I was born in a small house on the edge of the winery to Fernando de la Rosa and Juanita de la Amor. Growing up I would listen to my papa’s stories about the people who came before us and what they left behind while we worked in the vineyard. Year after year I would learn everything he could teach me about the ruins. He would disappear months at a time to view other vineyards, he would way, but as I grew older I doubted that was his destination. Once I woke up late at night to find him muttering over a tattered map. When I asked him what he was doing, all he would do is wink while touching the side of his nose and then quickly hush me back to bed.
At the age of 14 my father took me to a small school in the city of San Cristobal. He claimed he could teach me nothing else and that Senior Barello would continue my education in the past and in the sword. I spent the next 5 years studying history, learning languages, and learning the way of the Torres. Daily we would study the ruins and implications they had for our society. Then late into the night the clang of swords would ring out along with my cries of pain when I made a mistake. As time passed there was more sounds of steel on steel than my voice to mar the night.
On my 19th birthday I traveled back home to visit my family. That first night, my father woke me with a somber look in his eye. “I have something to show you Rico,” was all he would say. I followed him into the woods near the house and he led me to a cellar hidden by thick trees and vines. With a grin, he opened the door and down we went. I could see light flickering and was amazed at what I saw. The small room was filled with maps, strange looking devices, and what I thought was a man standing in the corner. Papa quickly explained that he was a member of the explorer’s society. He had dedicated his life to exploring the ruins and he thought he had found something amazing. The man in the corner was a coat stand with his heavy explorer’s coat, wide brimmed hat, and sword waiting for their owner. We spent the night going over fragments of maps that made up one large map. He was convinced it would lead to a great treasure. This night turned my life upside down.
It was very late when we headed back to the casa. When we stepped out into the night we both smelled smoke and started running. Voices started to float through the darkness. Mocking laughter mixed with whimpers of mercy. We could see that the house was on fire and many men milled about the yard. It was obvious they were with the church and they were after my father. As soldiers held my mother down on the ground, my father launched himself out of the darkness quickly disarming and killing 2 of the soldiers. My world exploded and my training kicked in. I cannot tell you what happened in the fray, but many lost their lives that night. They were too many and we were bested. The last thing I remember was their commander issuing orders to hold us, then a sharp blow to my skull sent me into darkness.
I woke up to smoke in my eyes, blood in my mouth, and shame in my heart. Once my eyes could focus I saw the horror. My family had been executed and I was left for dead. The mark of the church was painted on what was left of our door. I spent that morning burying my family and going through what was left behind. I remembered the cellar and rushed off into the woods only to find the door smashed in and darkness below. The room had been ransacked. Everything of value was taken. The only thing of value, to me, was my father’s coat and hat which I quickly donned and fled toward the city. In one of the pockets I found a silver necklace with a compass rose amulet. I slipped that over my neck as I tried to decide what to do next.
That night, while sleeping under a tree, I dreamed of an ethereal lady. She was beautiful and not wholly human. She would not speak, but with a sad look in her eye she touched my forehead and images exploded before me. It was the map pieces in quick succession. They exploded in fire and down fluttered on piece that said, “Find me.” I woke with a violent start and knew what I had to do. I had to find all the pieces that were taken and I had to seek out this lady. 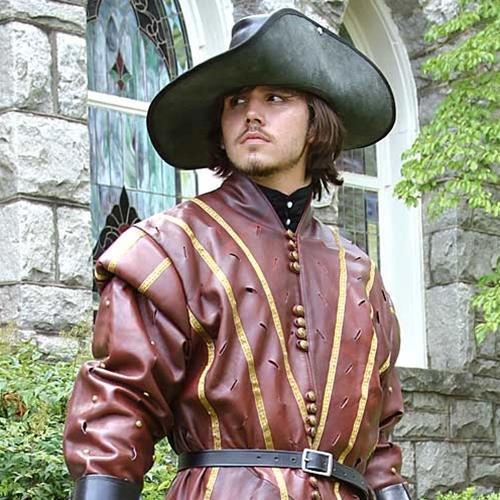