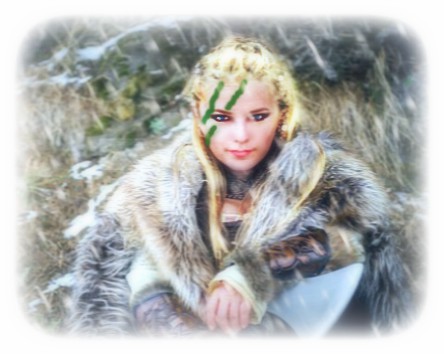 Name Daughter’s Vendetta
Goal Vendetta vs. Mother’s & Brother’s murderer and take back family shield
Step 2 Find out who Yngvild is currently working for and work to set about discrediting her.

By the Allfather, I will get my revenge. I pray to Freja that I do not lose my wyrd from the anger and sadness in my soul.

This hunger for vengeance began when I was 14 years old and helping my father on his merchant ship, Freja’s Gale. We are a blacksmith merchant family. We make weapons, we make armor, we shoe horses: If it is metal, we shape it. Then we sell it. Mother, who was the best blacksmith in the area, was part of the Blacksmith’s Guild in the area, as the representative of our village. She was very set in her ways, and she was beautiful. She was smart, she was gorgeous, she was kind, and she was good at her job. I want…wanted…to be like her. The men of the village wanted her and the women envied her, but knew and respected her love of my father. My father, a former Raider before meeting my mother, is a kind soul, had not a sense of anger or jealousy in his body and ignored those men. He learned he hated Pirate life, and wanted to settle down with Mother. In the village, people loved my father’s kindness and political prowess. He was the advisor to the carl and was second-hand man. He was a solid merchant, with an ease about him and the charming merchant’s tongue…yet he was honest and true. He was the area’s contact for the Vesten League. My brother, Edgaar was like him, but had a bit more of the blacksmith skills. I was to take over the forge and Edgaar was to take the Merchant side of things, eventually. I began sailing out with Father at the age of 13 to learn how to forge on a ship and learn the ways of the sea
Mother, as well as Edgaar because he wasn’t old enough yet, stayed ashore and helped with land merchants and created gorgeous, deadly weapons. On the ship, my skills were becoming strong, both in smithing and in sailing. I loved the open sea, but loved that I could come home and be with my family on our beautiful land. We practiced our fighting skills with our weapons, since we were members of our village’s militia. Mother could take anyone down with her longsword and shield. I preferred the axe and shield. Some joked I was the village’s next shieldmaiden, as my mother was now. At times, I was a bit too aggressive, but learned how to tone it down and swing Griðvéurr, my axe, with finesse, speed, and strength.

On a still, calm sea, one autumn day, father and I were sailing home after a 4 week trip across to Avalon. It was dark, but we could see lantern light following us upon reaching The Maw. It was odd, but I had an uneasy feeling, as this had never occurred before. A ship of dark wood and ominous visage came upon us. It signaled for us to stop, but father was frightened to do so. I was frightened, but his love of talking to strangers and bragging on our wares, had eased some of that fear, and I hoped for a sale. A dark haired, dark skinned woman, she called her self Yngvild (though she didn’t look Vesten) and her partner, a tall red-headed man who called himself Aksen, asked to board our ship and asked to see our wares. She looked cool, calculated, and shrewd, and he was frightening with his size and wild hair. Since it was late, father sent me to bed so I could work more in the morning. Father kissed me on my cheek, and off I went. She winked at me, but it felt conniving to my 14 year old self. I heard whispers and voices as I fell asleep. When I awoke, they were gone, father had a black eye, and there were sword cuts in the mast and some blood on the deck. My startled expression concerned father, who laughed, but very unconvincingly said that the woman wanted to see how his swords worked, so she could purchase one. A small scuffle occurred between him and the man, but it was nothing. He said they bought nothing and left. He was very sheepish about this, and ended the conversation a little too quickly. We returned home the next day, and thought nothing of the incident again.

A week later, I went out for a simple sail to work on my own sailing skills. Upon returning home, I found the village in flames, a ship named Thorsen’s Vensj on the shore. I thought they were Vesten Raiders. They attacked our village, which was rarely heard of since the League began. Women were screaming, men fighting, children crying. Father was beaten, but not killed, as a woman who looked similar to the women we saw a few weeks ago, I think, to the woman on the ship, yet wearing a full face mask pounding him to a pulp. A man came up, one with wild red hair, dark blue war paint and fresh X scars across his face, pulled me up by my braid. Mother and Edgaar jumped in to protect Father, as his arm was laying next to him. The crew sacked our house even as Mother swung, punched, glared and killed. The Shieldmaiden fought as the valkryr do, fierce and passionately. The scarred redheaded man holding me by the braided whispered in my ear, “Your Mother will be mine once I am done with you.” I screamed, I cried and Edgaar, that sweet, protective boy, tried to jump to me and protect me, was slashed across the throat. At this, Mother turned and became even more a fury of sword and shield. She was doing well, but was becoming tired, as this went on for what seemed like an eternity. I think emotions set in, seeing my father bleed out , my brother dead and me, being carried out of the door. Mother ran out for the house, which was set aflame. Her hair was covered in blood and filth, her face was dirty and tear streaked. She spun to get away from the men trying to grab her, but the woman, sneaky and vindictive, came in close as Mother’s shield was in the air, and she was stabbed in the heart. She called for me as she fell to the ground, but I was still being carried off. They left father dying, mother and brother dead. I was alone now. She said, as she left our home, “Burn it down, take the weapons, I want her swords. I want that shield, too. The family crest of Utterstrom will make a wonderful trophy.” I cried and screamed and she just chuckled. As she left, she winked at me and I knew, she WAS the one who came to the ship that night. I kicked the man holding me, forcing him to drop me.
I ran at her, but couldn’t think through the sorrow. She punched me, hard and knocked me out.

I awoke, and I was on a ship, but not hers. I don’t know how long I was out, but there was no land to be seen. I was nudged out of the hammock I was in, but I couldn’t quite move well, so I was carried to the deck. A captain, a woman named Alvor, told me I was found bleeding on the shore near Thorshofn, which is a day’s sail to my village. She made me her cabin girl, and taught me much of what she knew. She taught me to fight, how to defend, how to sail, how to raid, how to drink, how to gamble and how to run a ship. I eventually learned that she was one of the captains for the Vesten Raiders. She remembered my father from when he was younger. She took me under her wing and taught me all she knew. She said that someday, I would be my own captain and maybe even lead the Raiders. For now, I just wanted to get home to find out what I could about the attack, about that night with father, and maybe see if father may still be alive. 6 years aboard Drápréttr, and I learned to distrust the Vendel League, even though Mother was part of it. I don’t think she understood the full gist of what they were. I told Alvor of my need to find out what happened, and she let me go with a small sloop, I have named Øxmærsmóðr, the Axe Maiden’s Fury. I am sure someday I will be back to the Raiders.

I finally returned home, yet father was now a broken man. With all of us gone, he had turned into a drunkard and lost his way. I found him in Soroya. I was able to bring him back from the brink of despair, but he never spoke of the event again. I asked, I begged, and I swore at him to find out what happened. He refused to speak of it. I still try and find out, all the while continuing to create new weapons and armor. We needed to regain some wealth and glory back, but we couldn’t stay here to do so, so we loaded up the ship and sailed to Eskjo, Alvor’s home. We have begun creating weapons and father has become a prominent merchant for the Raiders, who protect us fiercely…Once a Raider, Always a Raider. He has begun seeing a widow merchant who lost her husband at sea to the Vendel League’s brutes. I left father at home years ago, and have continued to sail the sea, trying to find clues to whom this Ynglvald and Aksen. I thought for a long time it was Yngvald Olaffsdottir, the founder of the Raiders, but that is impossible, since she is now old and lives in Kirk. I have heard stories of where she is, of the things she has done, but I need to know more. I need to find my family shield that she took, I need to find others who have been hurt by her and Aksen, and I need to kill her dead. The clues are few and far between, but I continue to travel, fight, and smith at my mini forge. I will find them both and make them pay for the destruction they caused my family. By the Oddis and Freja, I WILL! 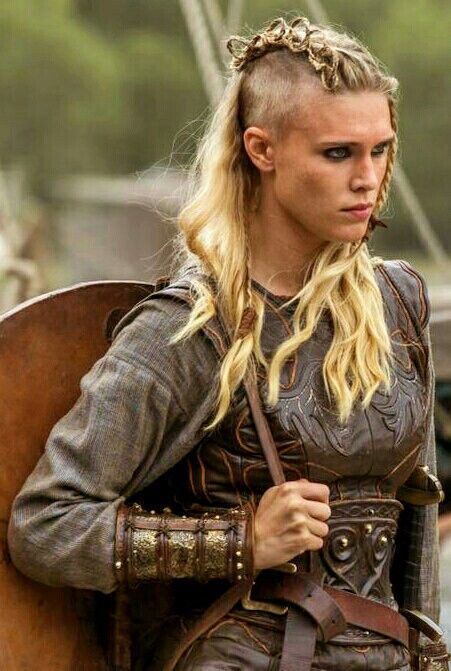