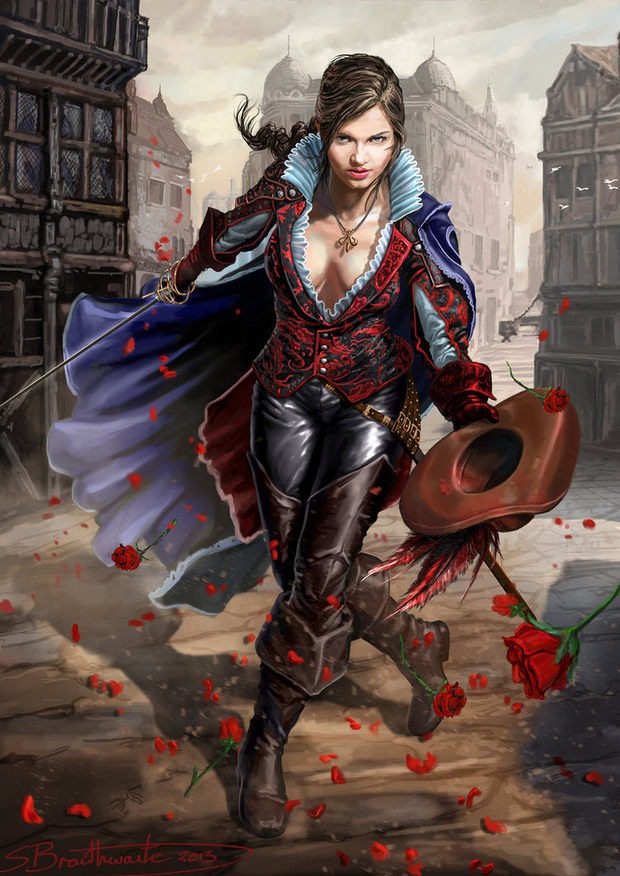 7th Sea is a tabletop roleplaying game of swashbuckling and intrigue, exploration and adventure, taking place on the continent of Théah, a land of magic and mystery inspired by our own Europe. Players take the roles of heroes thrown into global conspiracies and sinister plots, exploring ancient ruins of a race long vanished and protecting the rightful kings and queens of Théah from murderous villains.

In 7th Sea, you are a Hero, an icon of Théah ready to live and die for causes that matter. You bravely take on a dozen thugs with swords, knives and guns all on your own. You are the trusted knight, a loyal bodyguard or even an adventuring queen herself.

In other words—you are d’Artagnan, Milady de Winter, the Dread Pirate Roberts, Jack Sparrow, Julie d’Aubigney, and the Scarlet Pimpernel all rolled up in one!

We are using the 2nd Edition 7th Sea Rules (with some 'house' variations) published by John Wick Presents, © 2016.

Source photos found via Google image search, in general used without permission, and digitally modified for our usage (claiming fair use: parody/pastiche). This is a non-profit site, no challenge real or intended to legally held copyrights. Please contact the GM if you would like your image/likeness removed or if you prefer different credits/notice.